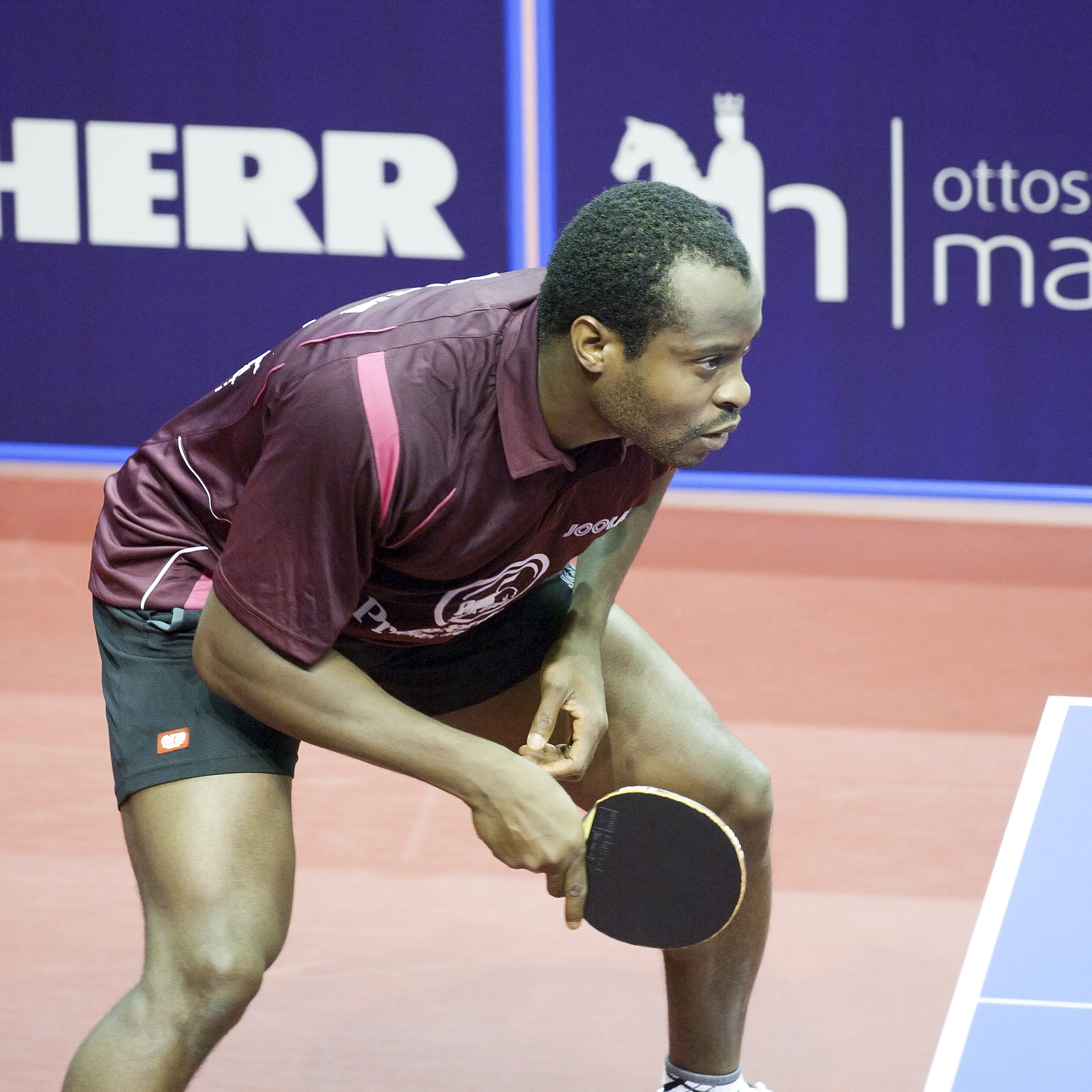 Quadri Aruna (born 9 August 1988, in Oyo, Nigeria) is a Nigerian table tennis player. He competed for Nigeria at the 2012 Summer Olympics and 2016 Summer Olympics, reaching the quarter-finals in the latter competition.

At the World Cup 2014, he reached the quarter finals in the Men's Singles competition.

In the 2017 ITTF World Challenge Bulgaria Open he advanced to the semi-finals where he was defeated in a tight match by eventual winner Dimitrij Ovtcharov. Aruna is known for his forehand-oriented playing style, which gets him many winners. He is a Joola-sponsored player.

In 2014, he was ranked number 30 in world table tennis, and the International Table Tennis Federation named him the Star Player of the year. His peak world ranking was 25, which he held from September 2016- January 2017. Currently he is ranked 19th in the ITTF male world rankings. He was also part of the Nigerian team that won bronze at the 2014 Commonwealth Games.