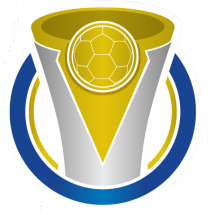 The Campeonato Brasileiro Série D (Brazilian Championship Serie D) is the fourth division of the Brazilian football league system, and was announced by the Brazilian Football Confederation (CBF) on April 9, 2008. The Campeonato Brasileiro Série D was formed from the split of the Série C, keeping its best 20 clubs and playing double round robin as does the top three divisions. The Série D keeps the same format of the older Série C, but with participation limited to 40 clubs recognized by the state federation. In 2016 the Série D was expanded to 68 clubs.